Welcome to our news and blog section. Here you will find the latest updates from theICEway and our IT specialists at ICE. We are frequently invited to attend and speak at industry events, so if you don’t want to miss out on those, this is the page for you.

With more than 20 years’ worth of experience in cruise, travel and healthcare, you will also be able to read more about these key sectors. Of course, at the heart of it all is Information Technology – which some of you may know as ‘IT’ – and we’ll certainly include news on that.

Our ecosystem of companies was founded upon 3 guiding principles, or values: People, integrity and innovation. We always aim to infuse our every effort with one or all of these. The first, ‘people’, includes not only our people, but also those we work alongside each day. If you are reading this, then you can rest assured that it also includes you.

As such, we welcome your comments and feedback so do join in the conversation. You can also follow us on social media using the links below.

The growth of IoT – then and now, and what lies ahead

The growth of IoT – then and now. The Internet of things is perhaps one of the most important IT developments in recent times. We all now depend upon a variety of devices in our day-to-day lives. From waking up to a mobile alarm clock to playing music via saying (whisper it), ‘Alexa’, it is everywhere. But how did it start? How has it progressed? Where will it be in the future? Let’s see…

The Internet Of Things – Then

According to some, the first example of the internet of things in action came in the 1980’s in the form of a Coke Machine installed at Carnegie Mellon University.

This infographic from HQ Software provides a timeline of major events in the rise of IoT. The full term dates back to the 1990’s, and is accredited to the co-founder of MIT’s Auto-ID Centre, Kevin Ashton. His idea was based upon using RFID technology to connect devices. Nowadays, IoT primarily uses IP networking to relay information between devices.

Ashton’s RFID idea did not gain traction. Instead, the first internet-connected refrigerator was launched in 2000, using a LAN port for IP connectivity. This Wikipedia entry reveals more on that, and other devices followed throughout the 2000’s.

Some would argue that it really began to take off when Google began testing self-driving cars in 2009. A year later, China placed large emphasis on IoT as being key to tackle financial issues. The Global Standards Initiative was set up in 2015, and then Governments started thinking about IoT security in 2017.

In 2019, there were 9.5 billion active IoT devices – a much higher number than initially predicted. In 2020, there were 12 billion IoT connections – more than non-IoT connections, such as laptops and computers.

IoT is now common for all types of devices to connect to the internet, from thermostats to cars. This is due to many factors, including the expansion of networking capabilities. Perhaps the most crucial factor has been the growth of the cloud. Offering low costs and huge storage availability via cloud servers, IoT devices have subsequently become far cheaper.

What Now For The Growth Of IoT?

This article from Forbes offers the 5 biggest IoT trends to look out for in 2021. There is no doubt that the Covid-19 pandemic has helped to augment growth in this area. Contact-free IT solutions have been far higher up on tech innovators’ to do lists. At theICEway, we have developed fit2go, aimed at digitalising health data collection and analysis. We asked our experts for their take on some items from the Forbes list:


Head of sales Owen on WFH: “It has become the norm for so many people over the last 18 months. Therefore, technology aimed at improving that is definitely being prioritised. Improvements will continue, and I think most are feeling the benefits of more robust communication platforms.”

Freddy, Client Liaison and Training Coordinator, on retail changes: “I definitely think that automated supermarkets are coming. At the start of the pandemic, so many retailers were hit hard by store closures. Having online facilities is important, but so too is the in-store experience. It is therefore a must for companies to implement more contact-free payment methods, for example.” 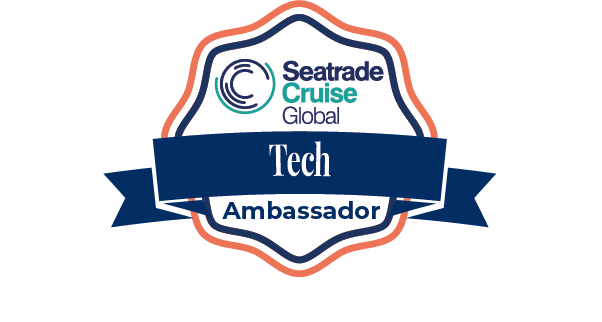